"The Most Challenging Concept You Will Ever See from Challenge Pictures Corp."

In the September 5, 1977 issue of Boxoffice, producer Robert Levine of Challenge Pictures Corporation laid out his revolutionary new distribution concept to exhibitors in a 4-page booklet you can find HERE. Included in this proposal are descriptions of the first two projects his company was promoting at the time, both of them adaptations of popular novels: CORPSE is based on John R. Feegel's Autopsy (Avon, 1975), which was awarded the Edgar® Award by the Mystery Writers of America (MWA) for Best Paperback Original in 1976, while THE REBELLION OF YALE MARRATT is from the bestseller by Robert Rimmer, author of The Harrad Experiment. Neither film was produced. 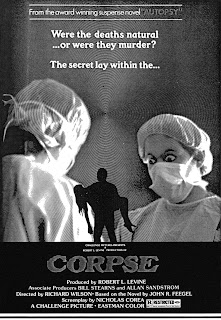 Dr. Jerry Leatherman was a burned-out case. He was tired of being Tampa General’s most celebrated “body butcher,” sick of his status as a nationally known pathologist, and ready to pickle his razor-sharp brain in 90 proof alcohol.

But there was just one more case to handle.

And suddenly Leatherman is plunged into a maze of murder, suicide, high-level fraud, kinky sex, and the kind of merciless soul-searching he thought he no longer believed in.

A dead tycoon, all the evidence pointing to suicide – A developing legal battle over millions – A too-curious rookie cop silenced by a strange “heart attack” – An achingly suspenseful, illegal, midnight autopsy, and another, riddle-solving autopsy the next day – A search through the shadow-world of strip joints, massage parlors, pimps, and dice-rolling hustlers for the most bizarre killer in movie history – the growing, sickening suspicion that the prime suspect is the woman Leatherman is falling in love with, the tycoon’s widow – And the final, face-to-face confrontation with the one person Jerry Leatherman has avoided for a long, long time – Himself!

Did Leatherman hate his work – really – or did he love it too much?

Robert Levine will produce CORPSE. Discussions have been held with Ben Gazzara, who has expressed interest in the leading role. Only the highest caliber actors will be cast. CORPSE will be directed by Richard Wilson, producer-director of INVITATION TO A GUNFIGHTER starring Yul Brynner; Director of AL CAPONE with Rod Steiger; Producer-Director of THREE IN THE ATTIC (AIP).

THE REBELLION OF YALE MARRATT 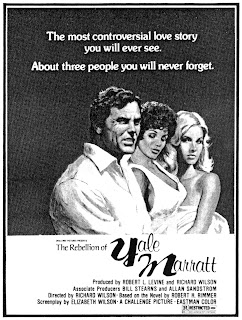 The many faces of love are explored in this explosive story. Can two women married to the same husband share his love and live in harmony? Can one man, married to two beautiful wives, shed the stallion instinct and let love flow freely? Can father and son rivalry, or a mother’s infidelity, destroy it forever?

Intertwined is a fascinating story of a young man’s financial wizardry – of doubling and redoubling each stake he gambles in the cut-throat business world till he’s richer than his rich father. It is the story of the no-holds-barred conflict with that father who turns the town against him, using his bigamous household as the lever to strip him of economic power, just as he incited an unruly mob to strip his son’s wives naked in the shopping mall.

But the young lovers fight back – all of it is THE REBELLION OF YALE MARRATT. 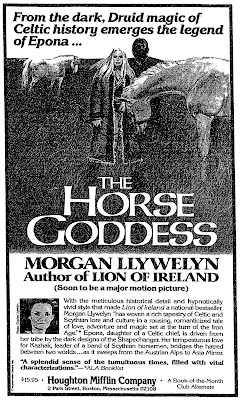 The major motion picture was never produced.
Posted by The Paperback Film Projector at 9:00 AM 1 comment: 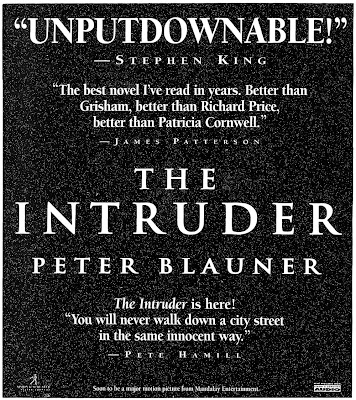 June 2, 1996
The Intruder
by Peter Blauner
Simon & Schuster, 1996
The major motion picture from Mandalay Entertainment was never made.
Posted by The Paperback Film Projector at 9:00 AM No comments: 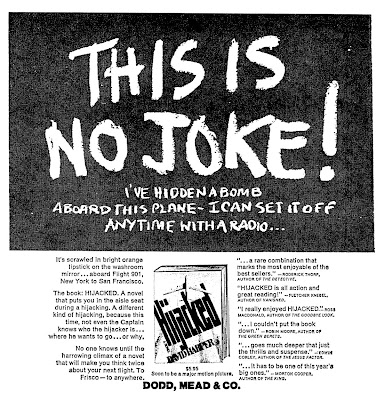 This post is dedicated to all the Brothers and Sisters
who had enough of the Man. 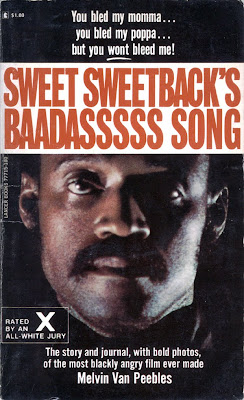 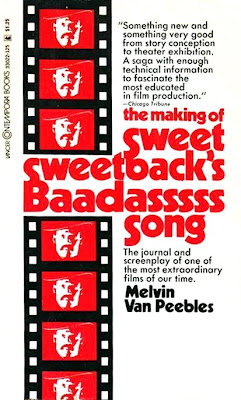 The Making of Sweet Sweetback's Baadasssss Song
by Melvin Van Peebles
Lancer, 1972
Same as above but with different cover and title 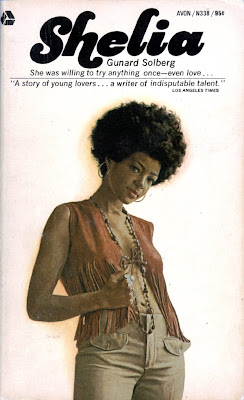 Shelia
by Gunard Solberg
Avon, 1970
Blurb: “Soon to be a major motion picture”
Film released in 1971 as HONKY 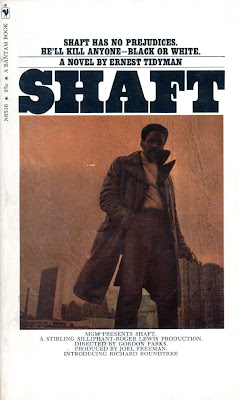 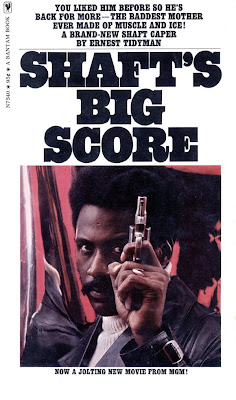 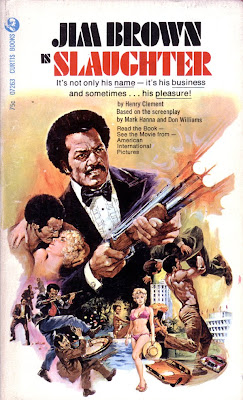 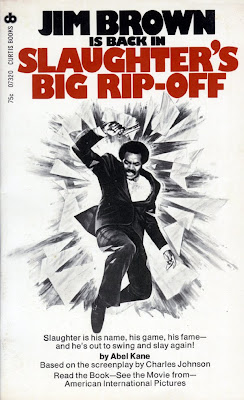 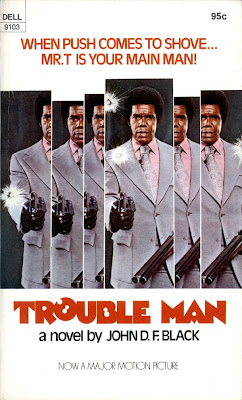 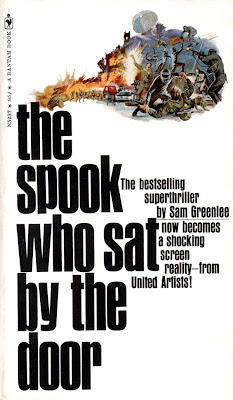 The Spook Who Sat By the Door
by Sam Greenlee
Bantam, 1973
Movie tie-in 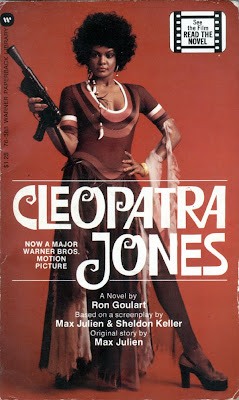 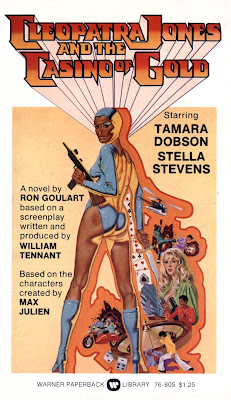 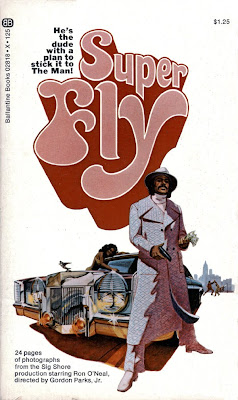 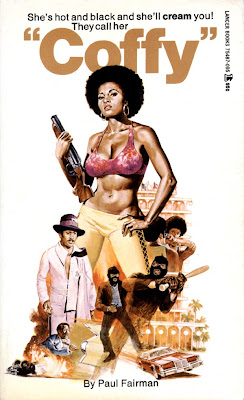 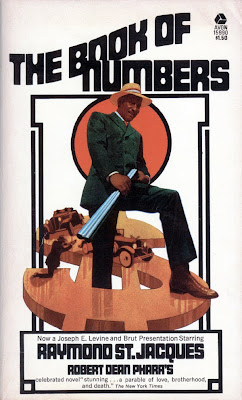 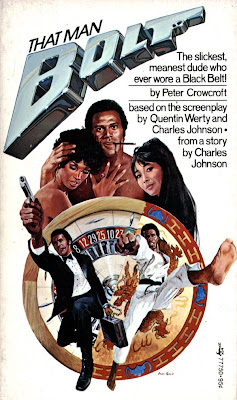 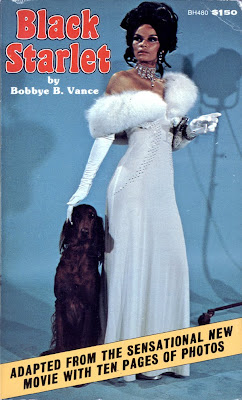 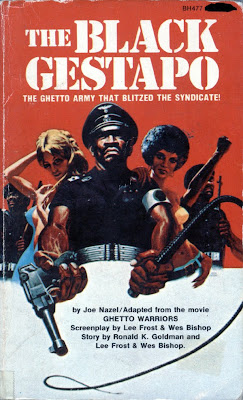 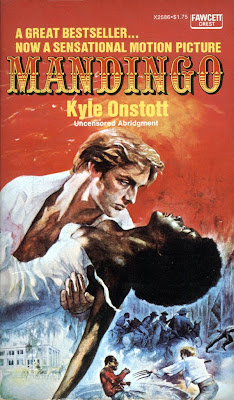 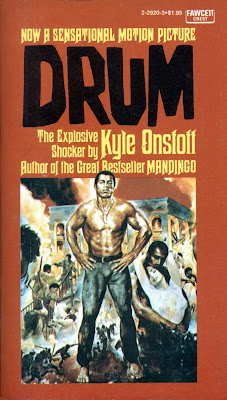 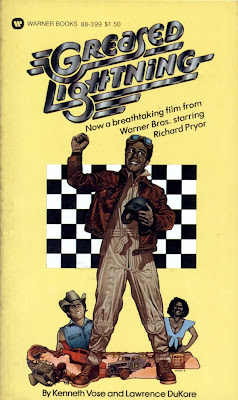 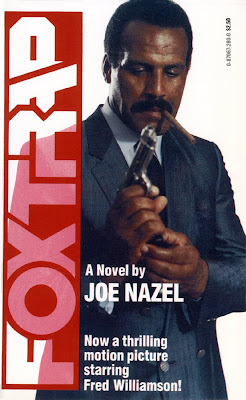 Foxtrap
by Joe Nazel
Holloway House, 1986
Novelization with b&w photos
Posted by The Paperback Film Projector at 9:00 AM 1 comment: 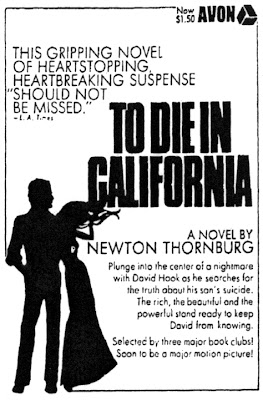 May 28, 1974
To Die in California
by Newton Thornburg
Little Brown & Co., 1973
The film adaptation was never made.
Posted by The Paperback Film Projector at 11:00 AM No comments: