20 Novelizations That Never Got Published 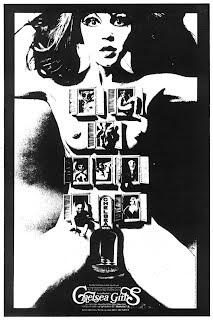 Actually, two of these are photonovels and one is a screenplay, so to be more accurate (some would say nitpicky) it's 17 novelizations that were announced for publication but ultimately never reached completion. We would've bought most of these if they'd seen the light of day.


BATTLEFIELD EARTH (2000)
Fotonovel announced but scrapped once the movie bombed

THE CHELSEA GIRLS (1971)
Novelized by William Johnston, from Lancer Books

DEATH WISH 3 (1985)
A novelization was announced in the trailer, but reportedly one phone call from Death Wish author Brian Garfield put a stop to it

EXORCIST: THE BEGINNING (2003)
The movie was released as DOMINION: PREQUEL TO THE EXORCIST but the novelization -- written by Steven Piziks, from Pocket Star -- was never published. 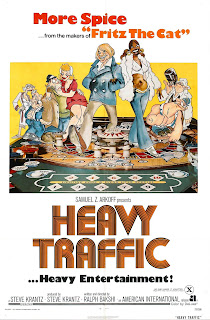 HERE ON EARTH (2000)
Novelization by Wendy Loggia, from Dell Books

HIGHWAYMEN (2005)
A British novelization by Jonathan Clements, from Black Flame

THE INTERPRETER (2005)
Novelization from Berkeley, written by David Jacobs

STEP UP 2: THE STREETS (2008)
Announced by Disney but unpublished

TEXAS CHAINSAW MASSACRE: THE BEGINNING (2006)
British novelization from Black Flame, written by Stephen Hand
Posted by The Paperback Film Projector at 11:30 AM 5 comments: 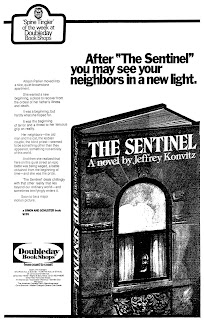 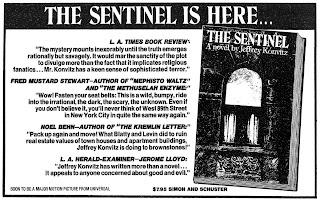 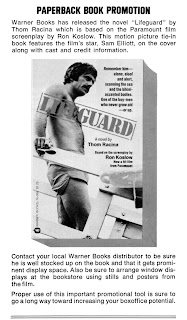 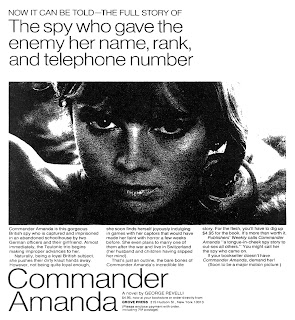 Email ThisBlogThis!Share to TwitterShare to FacebookShare to Pinterest
Labels: BOOK AD OF THE WEEK, COMMANDER AMANDA 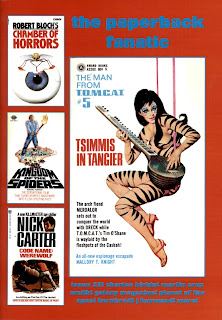 The latest issue of The Paperback Fanatic (#22) arrived the other day, and its chock full of novelization and tie-in goodness. First up is "Planet of the Tie-Ins," Cranston McMillan's roundup review of the PLANET OF THE APES movie, TV and cartoon novelizations. Next, Johnny Mains' column "The Paperback Dungeon" looks at David Sherwin's published screenplay if... (Sphere, 1969), the DR. CRIPPEN movie tie-in by Michael Hooker (Digit, 1962), and The Disoriented Man by Peter Saxon (Mayflower, 1966), which became the Vincent Price/Christopher Lee/Peter Cushing terror team-up SCREAM AND SCREAM AGAIN (Popular Library published a tie-in edition in 1970). Finally, Graham Andrews reviews Robert Bloch's novelization of THE COUCH (Gold Medal, 1962) for the "Fit to be Tied" column. Great stuff as always. Issues are limited runs and sell out fast, so grab one while you can! Order a subscription to The Paperback Fanatic here. 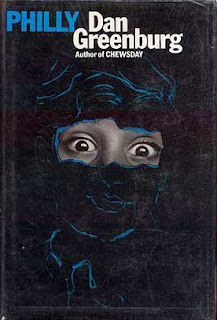 A couple of related blog posts went up in late March and just missed being included in our February/March edition. Over at The Grindhousehold, Lucas J. Gutman reviewed Philly by Dan Greenburg, the kinky 1969 thriller that was loosely adapted into the popular 1981 sex comedy PRIVATE LESSONS. Read about it here. 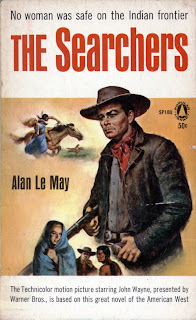 Similarly, Samuel Wilson of Mondo 70 wrote a "book into film" blog post comparing Alan Le May's novel The Searchers to the John Ford film THE SEARCHERS, a terrific piece that can be found here. 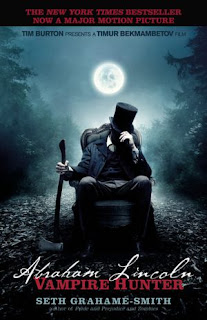 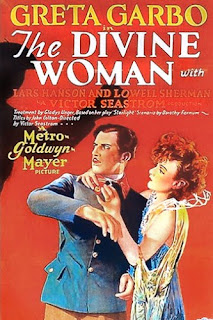 Here's one from from last December that managed to sneak by us: The Divine Woman by Gladys Unger, a novelization of a lost Greta Garbo movie from 1928. Based on the shooting script by Dorothy Farnum, which itself had been adapted from Unger's 1925 stage play "Starlight," THE DIVINE WOMAN (directed by Victor Sjöström) was stored in the same MGM backlot vault that housed Tod Browning's LONDON AFTER MIDNIGHT (1927), and both were destroyed in the same fire. Only a single nine-minute reel still exists today, discovered two decades ago in a film archive in Moscow. The book is available from BearManor Media. 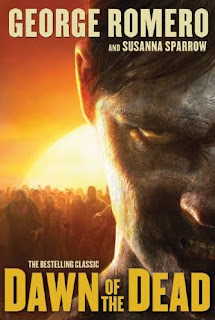 Another one that got by us last year is the new American edition of the DAWN OF THE DEAD novelization by George Romero and Susanna Sparrow. It came out November 10th and is available in hardcover and paperback from St. Martin's Griffin. Meanwhile... 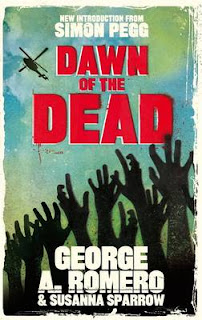 ...a new British edition was just published May 10th and features an introduction by SHAUN OF THE DEAD star Simon Pegg. It's available in paperback only from Sphere. 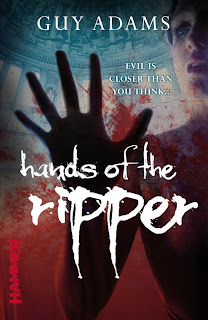 It's Hammer time again! On July 5th, a new Hands Of The Ripper novelization will be released by Hammer Books. The author is Guy Adams, who also wrote the new KRONOS novelization (An earlier HANDS OF THE RIPPER novelization, by Spencer Shew, was put out by Sphere 1971). 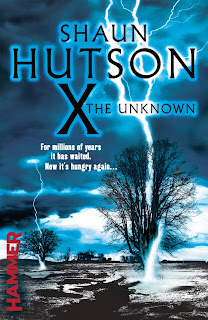 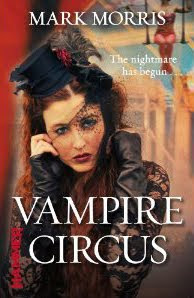 ...Mark Morris' new novelization of VAMPIRE CIRCUS will be available October 4th. That's all for now! See you in a month or two for the next installment of The Paperback Newsreel!


Compiled by Chris Poggiali & Darrin Venticinque
Posted by The Paperback Film Projector at 9:00 AM 1 comment: 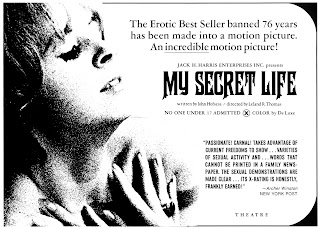 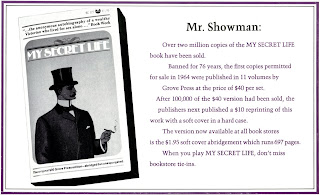 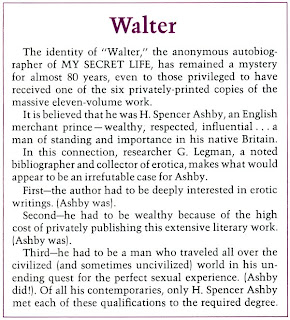 Book Ad of the Week: THE LEAVENWORTH IRREGULARS (1974) 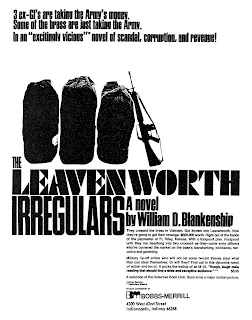 The movie was never made.
Posted by The Paperback Film Projector at 9:00 AM No comments: 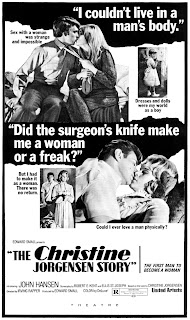 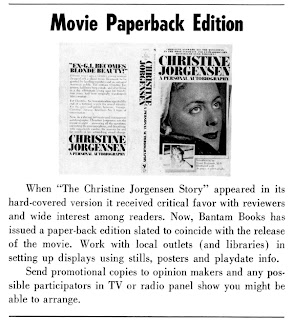 This was eventually produced as the CBS made-for-TV movie BROKEN VOWS (1987), starring Tommy Lee Jones, Annette O’Toole and M. Emmet Walsh.
Posted by The Paperback Film Projector at 9:00 AM No comments:

Email ThisBlogThis!Share to TwitterShare to FacebookShare to Pinterest
Labels: BOOK AD OF THE WEEK, PAUL NEWMAN

Posted by The Paperback Film Projector at 11:08 AM No comments: